Home » Our Thoughts » An expert’s view on investment markets

An expert’s view on investment markets 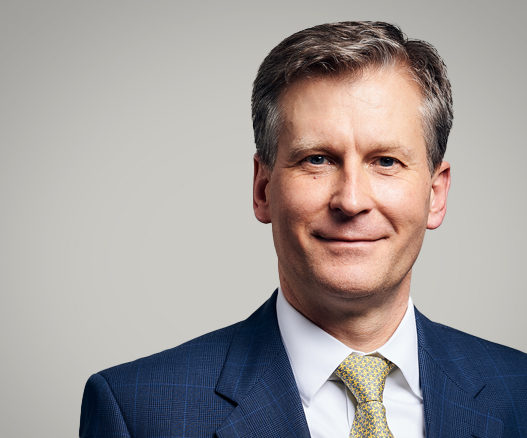 The world’s major stock indices mostly continued their recent holding pattern last week, awaiting news on where things go from here. The global transitional phase we find ourselves in – between a forced economic ice age and whatever comes next – makes it more challenging to know how to interpret the various signals on display. This has led to a partial unwind of the ‘reflation trade’ that had boosted cyclical assets earlier in the year, and ‘risky’ assets are once again priced by investors’ appetite for positive yields rather than prospects of a revival of strong economic growth. As we go through the transition, this brings both opportunities and risks for investors.

In the shorter term therefore, markets could do with some positive growth news, which they should find from second-quarter corporate earnings reports. According to the consensus, firms in the S&P 500 will reveal a 61% year-on-year increase in earnings, up from a 48% jump last quarter. This is driven by both an increase in sales growth – up to 22% year-on-year – as well as an expansion of profit margins to just over 11%. Of course, these growth figures are mostly driven by base effects, and while aggregate earnings have soared from last year’s depths, the median S&P stock is forecasted to expand earnings per share by a more modest 24%. While that is still very respectable, it demonstrates the dispersion in the results of American corporates.

Regardless, the earnings season should be a positive one, and is unlikely to do any harm to market sentiment. That will especially be the case if we see a raft of results that beat current expectations. We have written in the past that the so-called ‘surprise’ measures for EPS (measuring how much actual profit reports exceed or fall below forecasts) can be a bit of a game for companies, particularly in the US. Companies sometimes have a habit of forecasting lower growth figures only to beat them and get a subsequent boost to share prices. Nevertheless, positive surprises will likely go down very well in the current context, with plenty of cautiously optimistic investors looking for reasons to ditch their caution.

Caution could be a wise option, however. Earnings reports are by their very nature a picture of the past rather than a vision of the future. And with the recent surge in Delta variant cases across the world, the last three months could prove a poor indicator of what will happen now. And so the outlooks firms report in the coming weeks could be even more important than past profits, and could be crucial as the world economy navigates another leg of the pandemic.

How negative interest rates have been reshaping investor risk appetite

The financial world has experienced an era of low rates since the global financial crisis. More ingredients have been added in the last 18 months, but the recipe is the same: central banks prescribe zero or even negative interest rates, coupled with vast and seemingly unlimited asset-purchase programs, in the hope of reflating their economies. There have been exceptions to this (such as China, which has remained relatively tight throughout the pandemic) but the policy has been ubiquitous in major developed markets.

However, not all central banks apply their easing in the same way. We noted last week that the Federal Reserve (Fed) was raising rates in money markets to above 0%, to stop cash from leaking out of money market funds and destabilising the financial system. This is essentially a recognition that rates cannot fall below zero without negative consequences. Similarly, the Bank of England (BoE) has refrained from negative interest rates even during the pandemic. In Europe, the situation is different. The European Central Bank (ECB) has long pursued a policy of negative interest rates, instead shoring up financial stability by offering banks incentives to lend to particular borrowers. Interestingly, Sweden’s central bank – one of the first in the world to allow benchmark rates to fall below zero – lifted rates from their negative level just ahead of the pandemic, and has kept them at 0% despite the world being in its sharpest recession on record. Elsewhere on the continent, however, rates have been allowed to go negative – effectively forcing banks to pay for their deposits.

As seen in Europe over the last decade, negative interest rates make life very difficult for banks, who increasingly pass on the cost to consumers. Moreover, investors of all varieties are forced to chase yields because the alternative is a cost on cash. This yield-chasing has pushed credit spreads – the difference between ‘risk-free’ government bonds and private debt – down to extreme lows. With risk-free rates pinned down, the relative attractiveness of risky assets increases. To avoid being lumped with negative rates, investors therefore have to take on increased levels of risk. At the moment, there is more than enough liquidity to go round, pushing down the cost of capital for all. But when liquidity tightens, it can have an outsized effect on more risky assets, as investors quickly move back down the risk ladder.

However, there does seem to be a limit to the extra risks that investors are willing to tolerate, as seen in the lack of popularity of emerging market assets, which have mostly gone sideways this year. A similar situation is playing out in so-called ‘value’ stocks in the US (and globally) which, after their strong rally at the beginning of the year, are underperforming once again. In the case of emerging markets specifically, coronavirus is another key factor. With relatively lower vaccination rates, developing countries – as India experienced already – are potentially in an extremely difficult position as the Delta variant surges through the world.

We strongly suspect investors may need assurance that reflationary policies have done more than just support them through tough times – and will support the real economy over the next few years as well. If policymakers can offer that reassurance, the good mood should spread to riskier parts of the market and the world. In any case, investors will be noting that the abundance of liquidity has not yet led to a relative re-pricing of assets everywhere, so those that have not yet benefited therefore represent a pool of investment opportunities that should be kept in mind as the transition progresses.

Important Information
This material has been written by Tatton Investment Management and is for information purposes only and must not be considered as financial advice. We always recommend that investors seek financial advice before making any financial decisions. The value of investments can go down as well as up, and investors may get back less than originally invested.