A tumultuous Q4 for markets, but what may lay ahead for 2019… 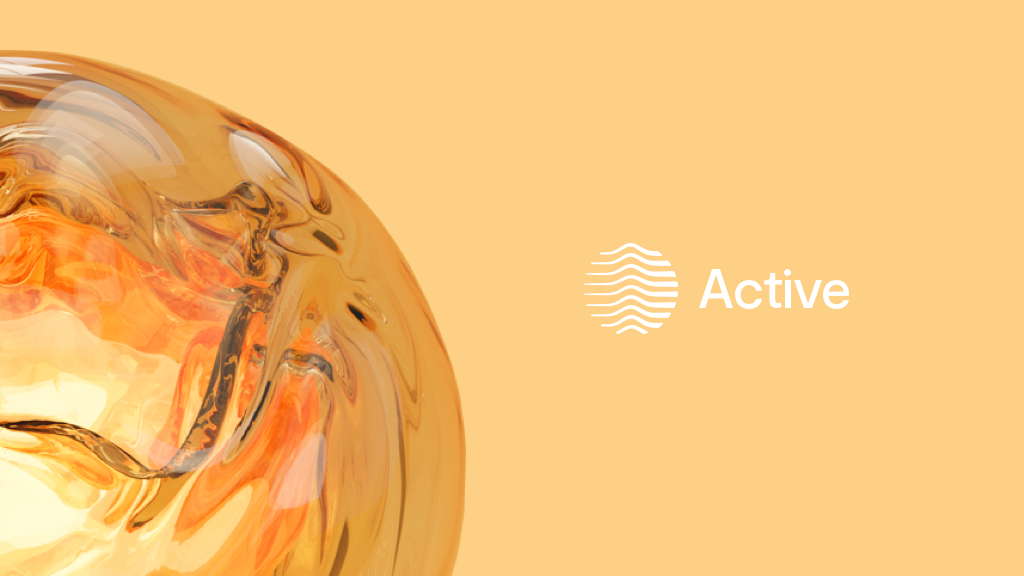 It’s fair to say that 2018 brought less joy for investors worldwide than we had expected. The only consolation is that it came after two very pleasing years of investment return and did not reflect a similar downward development across the global economy. Indeed, the state of capital market sentiment could not be more contrary to one year ago, while the rate of economic growth has merely fallen back to the previous state of ‘slow but steady growth’ which gave us one of the longest economic cycles in history.

Admittedly, looking ahead into 2019 appears more precarious from the UK perspective, given that most of us would have expected to know by now what shape Brexit would take. With the only consensus seemingly being decisive opposition to a no-deal crash Brexit, it is not surprising that the economists’ outlook for the UK is very hesitant, with the majority forecasting a procrastination of the exit proceedings leading to more or less a repeat of the 2018 environment of subdued, below-potential growth in the UK.

Outside the UK, where the 2019 outlook was not overshadowed by such a fundamental decision, unusual year-end market volatility provided unnerving signaling potential for investors. Instead of a pleasing year-end Santa rally, stock markets – particularly in the US – experienced a rollercoaster of flash crashes and flash recoveries as we have not seen before. However, many may be aware that we anticipated as much on the back of the tight market liquidity in the run-up to Christmas.

Further East, China’s leadership re-emphasised in its New Year messages its determination to follow its long term course of structural reforms towards more “self-reliance” and less dependence on credit growth and export surpluses. Meanwhile, policy action by the Chinese central bank and the bank regulator informs us that the leadership appears to be prepared to do what it takes to counter the inevitable economic reform pain, but without a repeat of the 2015 credit binge of large and state owned enterprises. Early signs of a re-acceleration of the services sector bode well in this respect.

Over in the US the year started with a reminder for the Trump administration that US wealth may be more dependent on trade with China than it would like to admit. Declining Apple iPhone sales in China led to a 10% fall in Apple’s share price, costing investors more than $70 billion in notional valuation losses. It may therefore not be surprising that President Trump is making increasingly optimistic (Twitter) statements about the prospects of a US -Sino trade settlement.

US central bank chair Jerome Powell calmed the other major pre-Christmas stock market concern (of a monetary policy error through overtightening) by stating that the US central bank would take a “patient” approach to raising interest rates and to unwinding its post GFC stimulus. This was very welcomed by markets as it coincided with a surprisingly strong US jobs and wage growth data release for December which would otherwise have further fuelled market concerns over further interest rate hikes. In tune with the previous week’s market volatility, stock markets rallied by up to 4% on the day, leading to a strong start to 2019 for equity investors.

A strong first week does not make a strong year, but the series of recent upward surge days informs us that we are not alone in judging market valuations as having undershot economic reality as much on the downside towards the end of 2018 as they overshot it at the turn of 2017 to 2018.

Overall though, the developments since Christmas have provided us with more reassurance that Q4 market action has once again been excessively emotional in light of the likely future path of global economic growth: not back to the ‘old normal’ as quickly as perhaps anticipated by many a year ago, but nevertheless steady and expansionary – rather than falling off a cliff towards global recession.

Britain in 2019: What the economists say: 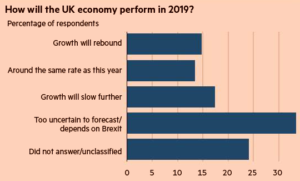 Where does that leave us? Are we expecting a much better 2019 for Britain’s economy than others?

Not exactly. However, the reason we’re relatively positive on UK assets despite all of the negativity is that they are currently trading at values below what even the dourer Brexit outcomes would justify. Mild, barely positive growth this year wouldn’t be good, but it would be much better than what is currently priced in by capital markets. Current valuations seem to be pricing in an unrealistic drop-off in activity. Just like with global markets, we think this is more to do with the increase in risk premium (the amount investors expect to be paid for tolerating a certain level of risk) than actual recession expectations.

This means that, once investors realise that Britain hasn’t fallen off a cliff, there’s a good chance that asset values will rebound, adjusting to lower – but not catastrophic – economic levels. Even if Brexit ends up being harder than we expect, there could still be enough of a rebound to bring confidence back into markets.

Besides, there are silver linings to the Brexit cloud too. Uncertainty has been the biggest thing holding back business investment for the past two years, but sooner or later this uncertainty will have to fade.

So, anything other than a crash Brexit (disorderly no-deal without giving businesses time to make preparations) is likely to see business investment increase – if for no other reason than it can’t get much lower. And, even though it would bring more short-term uncertainty (from a possible second referendum) a soft Brexit or even no Brexit seems entirely possible at this point.

Even in the event of a positive surprise, however, not all assets are likely to see the same rebound. Companies with large overseas revenues are likely to be stable or better (particularly if sterling weakness continues) even if domestic demand drops off. The same is true for exporters, and particularly manufacturers, who have benefited greatly from sterling’s weak value since the referendum.

Domestic-focused companies could come under more pressure, at least until consumer spending rebounds (which could take a while even if we get some Brexit positivity). That brings us to retailers, who have been having a difficult time in recent years and are unlikely to see a change of fortunes. Retailers’ issues go far beyond Brexit; they are cyclical and even structural. Even improvements in the Brexit outlook are unlikely to help them too much.

But while there are pockets where low asset prices are justified, in general, prices have fallen below what could be reasonably expected given the range of Brexit outcomes. Of course, downside risks do remain, and as we see it are largely centred around employment. Unemployment has so far remained low in spite of Brexit uncertainties, but if that changes significantly it could be particularly bad. If not, we expect a lacklustre performance from the UK economy this year, but perhaps a better one from UK asset markets.

So, while the Christmas moves may look a little bizarre and frightening, they are still consistent with our overall investment view. Which is: markets oversold in 2018 and valuations are now below what is justified by the global economic outlook. We do see signs of slower economic growth and an increase in recessionary risks should the US/China trade wars remain unresolved. But there is little evidence of a looming crisis – which current market levels seem to suggest.

This recent downside imbalance will likely cause investors to begin reassessing valuations and some to eye selected opportunities. Companies will start releasing quarterly earnings for Q4 2018 in a few weeks, so that data will provide a good indication of future market direction, and we believe there will be more pressure from businesses to push politicians to resolve trade wars, which could ignite further upward pressure.

Finally, it is important to highlight that during this period of market volatility, many of our investment strategies are behaving consistently with their risk profiles.

I would therefore re-emphasise the importance of making time for your financial review when due, where we will always look to reassess your own Attitude to Risk, Capacity for Loss, and personal objectives.

Please note: Data used within the Personal Finance Compass is sourced from Bloomberg/FactSet and is only valid for the publication date of this document.

The value of your investments can go down as well as up and you may get back less than you originally invested.